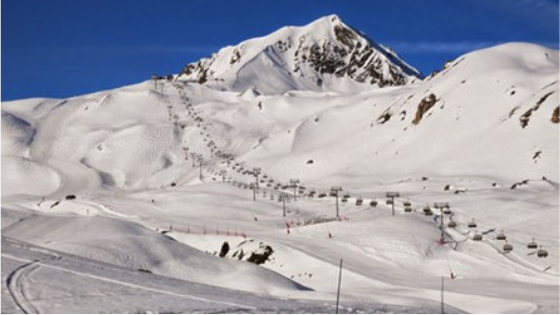 The range of skiing on offer in Les Arcs was more than enough to keep us happy for a week. One of the first places we headed to was Vallandry where we remembered loving the wide, tree-lined red runs. Other favourite pistes included the appropriately named Mont Blanc run above Arc 1600 and the Lac and Edelweiss pistes near Arc 1950. We were fortunate to have bright sunshine and blue skies for most of the week and the snow held up well in the warmer than average conditions. 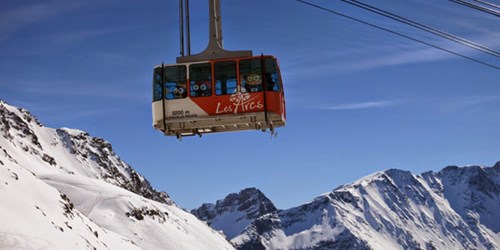 There was one day when the weather was not so good with snow showers higher up and rain lower down, so we were determined to make the most of the slopes when the sunshine returned the next morning. After dropping the children off at ski school, we headed in the direction of Villaroger. The snow was just softening up and the views were stunning all the way. 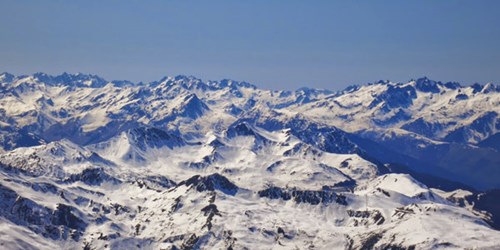 We took in the wonderful view of Mont Blanc as we started skiing and enjoyed good views of La Rosière and Sainte Foy on our descent. There were very few people about and it certainly didn’t feel as though we were in one of the most popular ski areas in France during school holidays. There was just enough snow to ski down to the bottom of the Plan des Violettes chairlift. On the way we noticed the rustic looking Café du Solliet and returned there for a delicious lunch later in the week.

When ski school finished at 11:30, we were on a mission: lunch in La Plagne! Even though Arc 1950 looks a long way from the Vanoise Express on the piste map, the journey to Plan Peisey can easily be done in twenty minutes. We enjoyed the smooth ride on the Vanoise Express and then began to make our way towards the higher slopes of La Plagne. 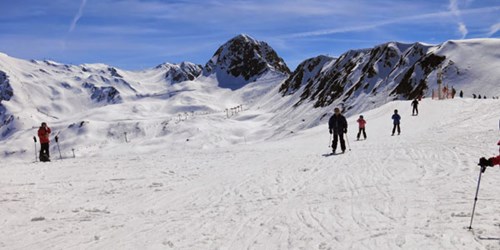 Invariably on our ski holidays we have at least one “hairy moment” and this year was no exception. As we set off on the Salla chairlift, I somehow lost a ski! When we raised the bar at the top, my heart sank when I realised the lift operator was not going to stop the lift. My rather ungraceful attempt to ski off the chairlift on one freshly waxed ski nearly ended in disaster when the other leg could not keep up, and I careered into those members of the family who hadn’t skied away in time! Fortunately no injuries were sustained, my second ski was retrieved and we were able to see the funny side of the incident.   It was a relief that the next lift was a gondola which took us up to Roche de Mio. Once there we took in spectacular panoramic views before heading to the nearest mountain restaurant, where our daughter enjoyed her most expensive plate of “frites” yet at €8.50 a portion. 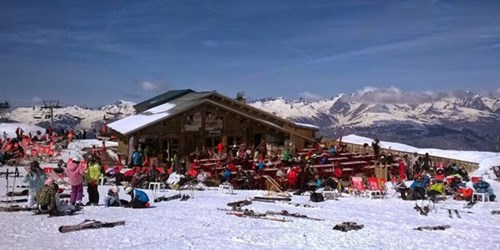 The tunnel piste back down was a little crowded but great fun. When we entered the tunnel itself we could feel and hear ice under our skis as we glided along, mainly in darkness but with the odd lighting or sound effect on the way. The other highlight of the return journey was skiing down beautiful wooded pistes above Les Coches in bright sunshine. We saw a couple of very enticing looking cafés but didn’t have time to stop as we wanted to make sure we were back on the Transarc lift to our side of the mountain in good time. Emerging at Col de la Chal, some of us were ready for an easy blue cruise home, but the children had other ideas and we soon found ourselves past the point of no return on an icy red mogul field. It was definitely time for another visit to the Deep Nature Spa! 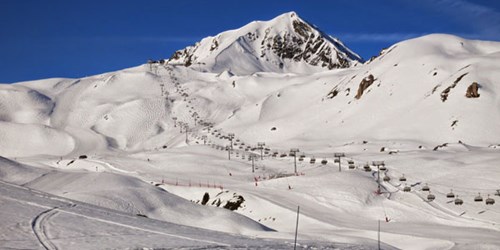 After long days on the slopes followed by swimming, we enjoyed trying out a few of the cafés and restaurants in Le Village. When we were on our balcony one afternoon an appetising smell wafted up and we popped down to discover chocolate filled waffles being sold at the front of a traditional sweet shop. We tried them and they were very tasty. Our favourite restaurant was La Vache Rouge, opposite the residence, where all the furnishings were cow themed, the service was efficient and the food delicious. We also had an enjoyable meal at Le 1950 Brasserie Française on our last evening. The Nonna Lisa restaurant had a pleasant ambiance but the service was slow and we were disappointed with our fondue.

Overall, Le Village had most things we needed, from ski hire and ski school to a superb bakery and the Spar supermarket. 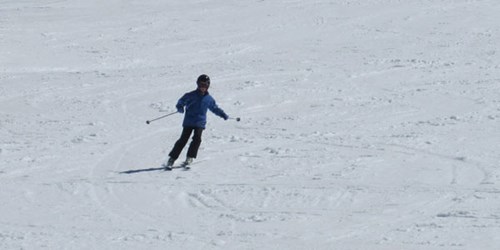 Whilst Spirit is the larger ski school in Arc 1950, we opted for ESF ski lessons for our children as they were keen to get their next ESF awards. Our elder child’s group lessons were conducted entirely in French, but the instructor was excellent and the week ended well with our son getting his gold medal and retaining at least one French phrase: “plantes les bâtons!” 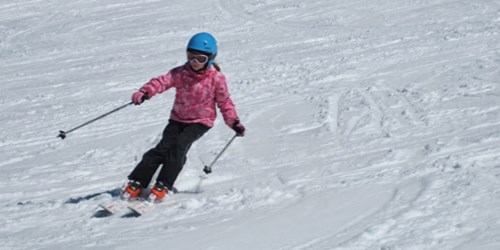 Our daughter had a good week in the bronze group, enjoyed one or two off-piste adventures and also gained her award.

Le Village also laid on a programme of après ski activities for children ranging from a campfire to a torchlight procession round the resort. Our children particularly enjoyed taking part in “Snake Glisse” sledging from the top of the Cabriolet Gondola in Arc 2000 back to Arc 1950. 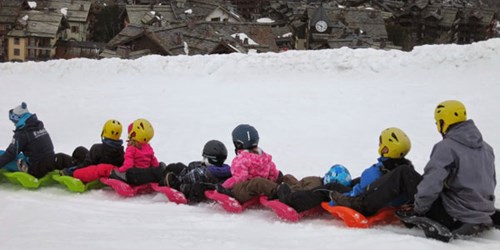 Our week in Arc 1950 went far too quickly, and before we knew it, we were back on the Eurostar, catching up with friends and reflecting on a great holiday as we travelled around the Lac du Bourget in glorious sunshine. We are grateful to the Ski Collection team, and in particular Hayley, for organising all aspects of our holiday so well.