One of the main elements of a break in the French Alps has to be the food!

From the all-important breakfast before hitting the slopes in the morning (who can resist a freshly baked croissant or pain au chocolat), to a plat du jour whilst appreciating the mountain views at lunch, and even to a family fondue in the comfort of your apartment/chalet in the evening - there is just so much to enjoy!

If you are looking for something a bit different this season with an added touch of je ne sais quoi, then why not add one of these Michelin starred restaurants to the menu for the week? These establishments serve some of the most exquisite and innovative dishes in the Alps, ensuring a truly special experience. Whether celebrating a particular occasion or ‘just because’, you are bound to leave your winter break with a *twinkle* in your eye after eating at one of these restaurants…

The two ski resorts of Val d'Isère and Tignes make up the Tignes-Val d'Isere (formally Espace Killy) ski area, totalling 300km of piste located in the Tarentaise area of the Savoie department in the Northern French Alps. Val d'Isère is a lively resort with plenty of high altitude skiing, a great and varied choice of après-ski activities, as well as a fantastic choice of restaurants and bars to visit.

If you are looking for an authentic and rustic feel for your dining experience, then l’Atelier d’Edmond is the one for you. The gastronomic restaurant, found at le Fornet in Val d’Isère, has been designed to recreate a traditional Savoyard mountain refuge, with typical features of an Alpine chalet from the furniture to the crockery. Awarded 2 Michelin stars (2012 & 2015), l’Atelier d’Edmond has been run by renowned chef Benoît Vidal since 2011, who masters the combination of traditional Savoyard flavours in modern dishes.

Why not try the crayfish with carrots scent and “Berce” or the sautéed scallops with salted butter, bard broth and pine tree & apple, and finishing off with the crispy bread biscuit, smoked chocolate and fresh milk & hay ice cream (all pictured above).

You could also dine at the Michelin starred La Table de l’Ours, with menus featuring regional specialties for both lunch and dinner. 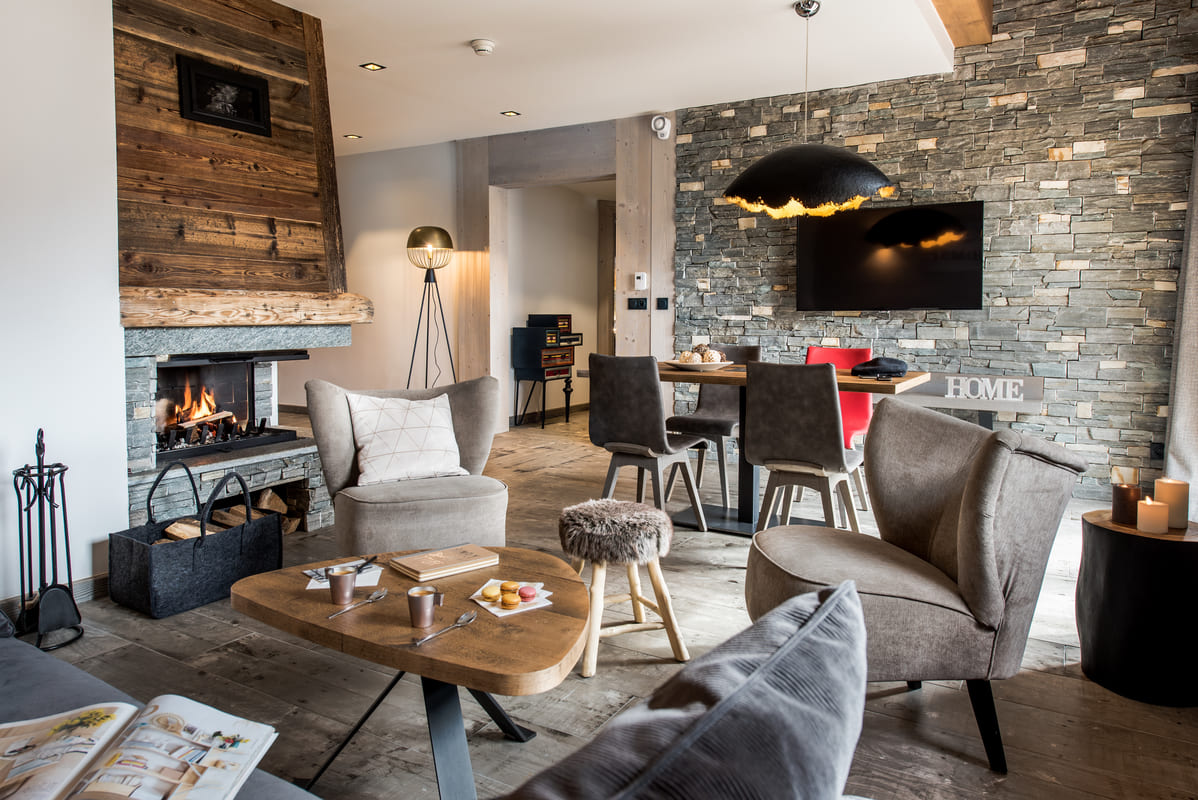 We'd recommend the stunning self-catered 5-star apartments at Chalet Skadi for a truly luxury winter break. This residence is featured in our hand-picked Premium selection of properties. The well-designed and chic 5-star chalet apartments have access to superb facilities including a spa, beautiful low-lit relaxing pool area, sauna and hammam.

Located in the Trois Vallées ski area with a vast 600km of piste to explore whilst being linked to some other well-known French Alps resorts (namely Les Menuires, Val Thorens and Meribel) Courchevel has a prestigious feel making it the perfect destination for sampling Michelin-star quality French cuisine.

However, Le 1947 is surely the star of the show, being awarded 3 Michelin stars. Less than 30 restaurants in France have been awarded 3 stars, so dining at Le 1947 is bound to be a once in a lifetime kind of experience! 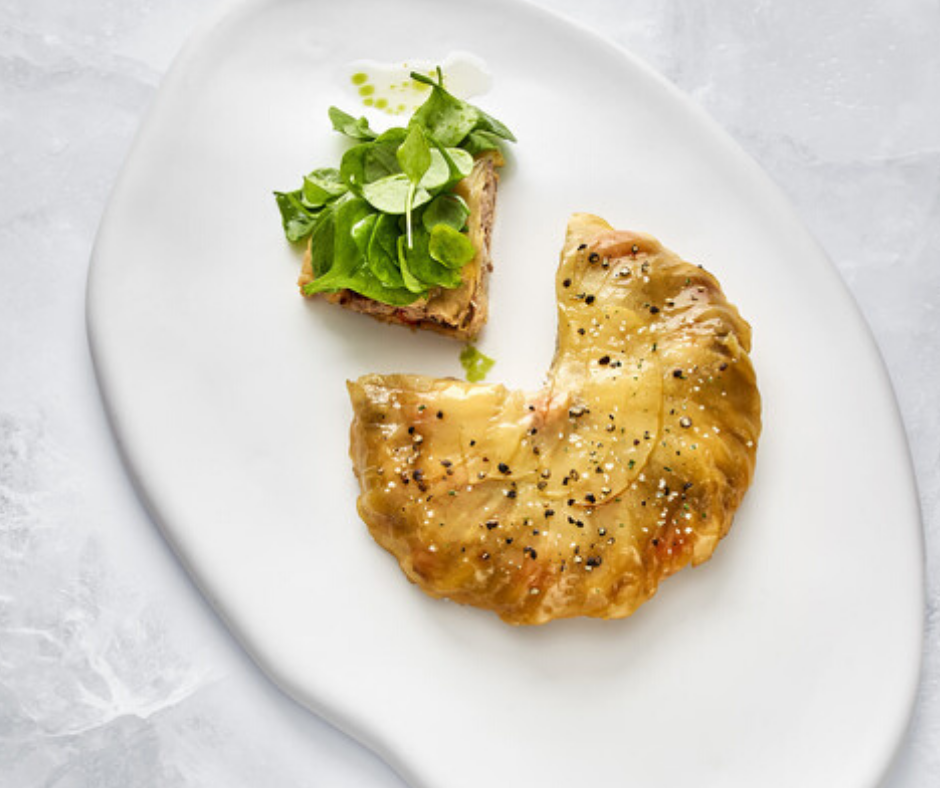 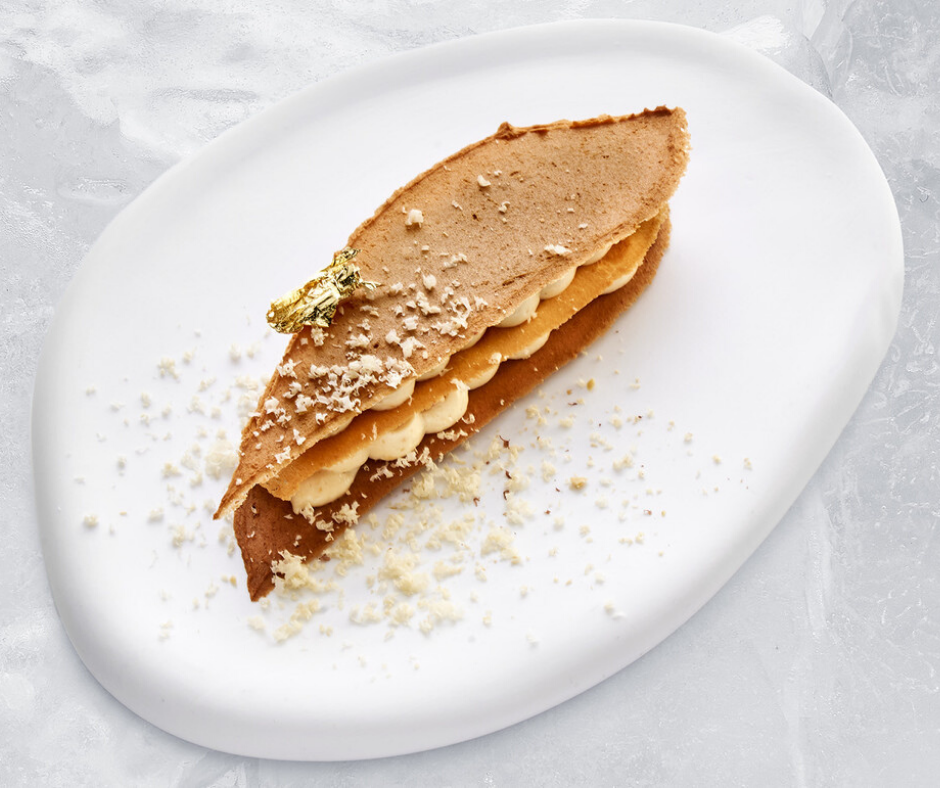 Found at the well-renowned slope-side Cheval Blanc 5-star hotel, restaurant le 1947 is named after the most prestigious vintage of Château Cheval Blanc. The intimate and refined dining space caters to a limited number of guests for each sitting, giving the culinary experience a real feel of exclusivity. Chef Yannick Alléno spends every summer discovering new ingredients, techniques and concepts for 1947’s innovative and adventurous menu. 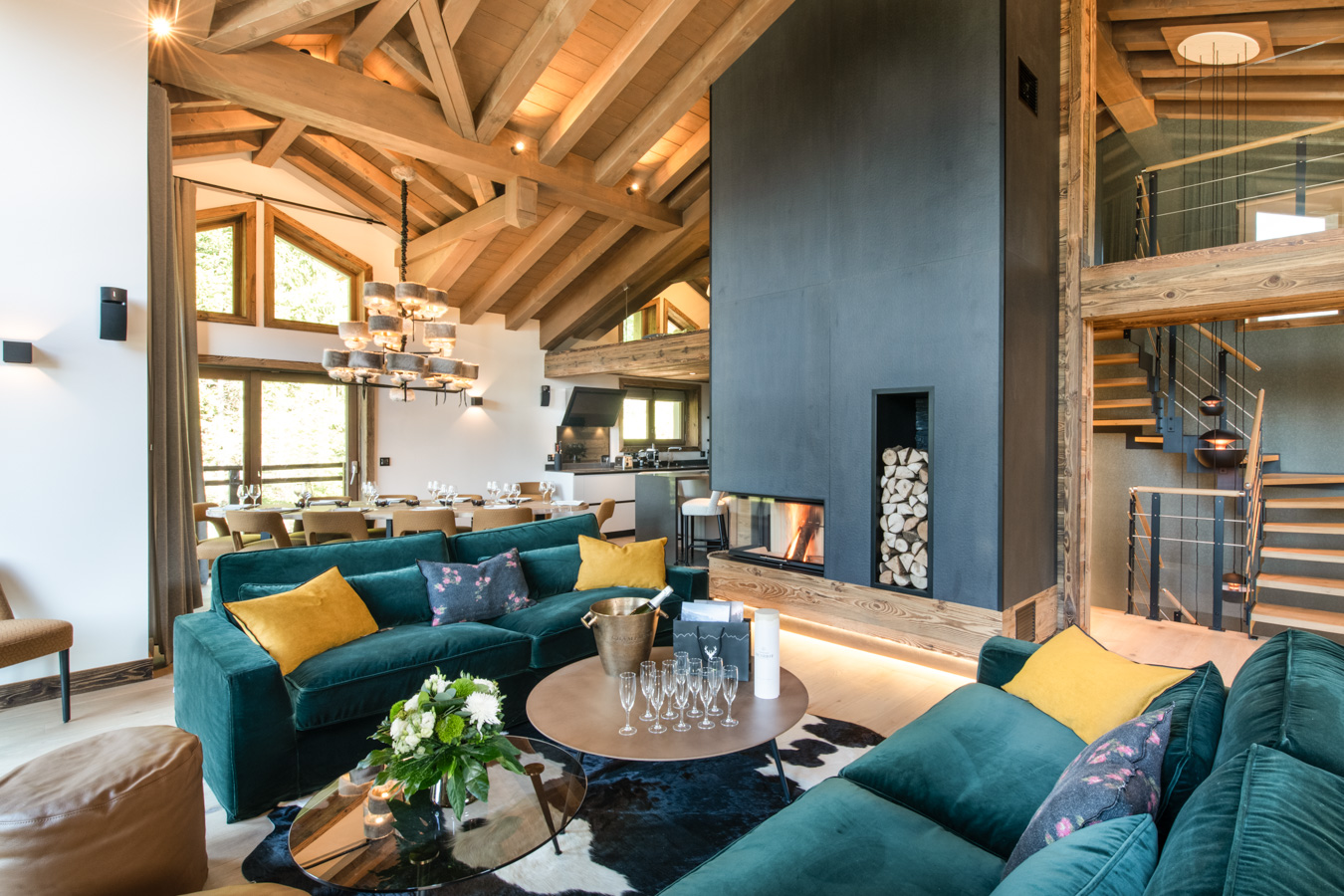 Enjoy a Premium stay at Canyon Lodge - 2 exclusive and luxury ski-in/ski-out chalets in a peaceful location, just 200m from the Ariondaz Gondola. Chalet Allnatt sleeps up to 10 with a private hot tub and balcony, Chalet Centenary sleeps up to 12 with its own pool and spa facilities.

Set at the foot of the Mont Blanc, the highest mountain in the Alps at 15781 feet, Chamonix is a great destination for experts and off-piste enthusiasts but there are some great areas for intermediates and beginners too. The Chamonix Valley itself has many separate ski areas, including those of Argentière, Vallorcine, Les Houches and of course Le Brévent and La Flégère in Chamonix itself.

The Hameau Albert 1er two-star Michelin restaurant, awarded since 1999, offers an exceptional gastronomic experience. With over a 115-year history, the hotel and restaurant have remained in the hands of the same family, with their first Michelin star earned back in 1967! Perrine Maillet-Carrier and her husband Pierre Maillet have continued the family legacy at Hameau Albert 1er, with the restaurant itself now run by head chef Damien Leveau. 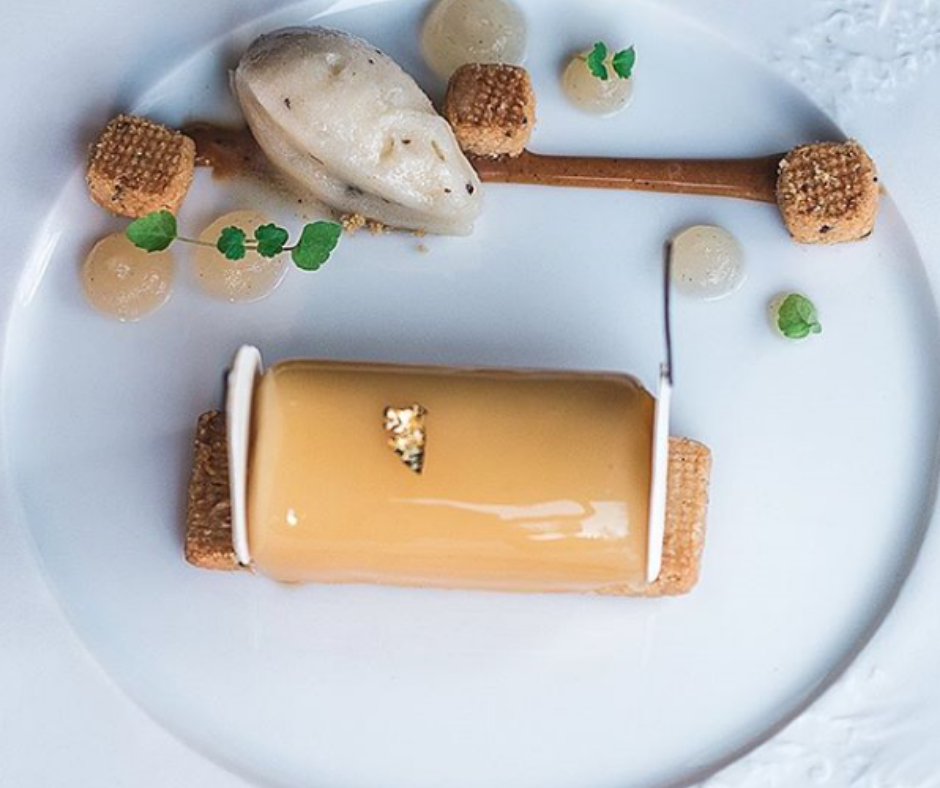 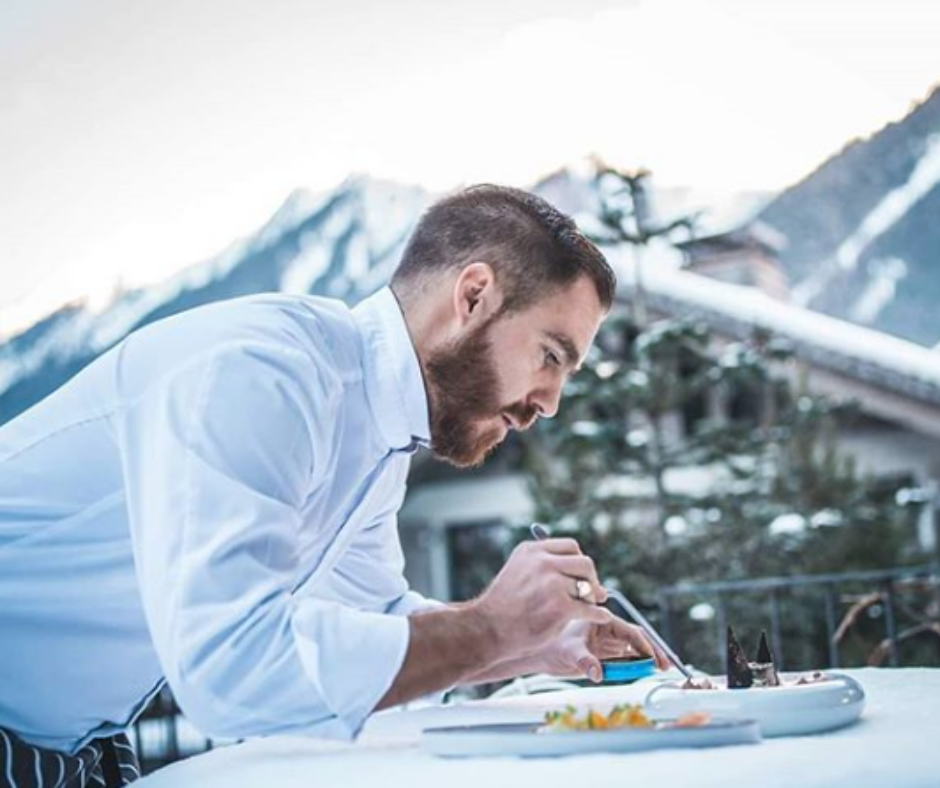 The menus are centred around Alpine flavours and delicacies, with an emphasis on sourcing ingredients locally - whether it's fish from Lake Leman to snails from the Mont Blanc region. With a great selection of menus to choose between (including a regional taster menu) and an extensive complementary wine list, this renowned restaurant is sure to be the highlight of a visit to the area! 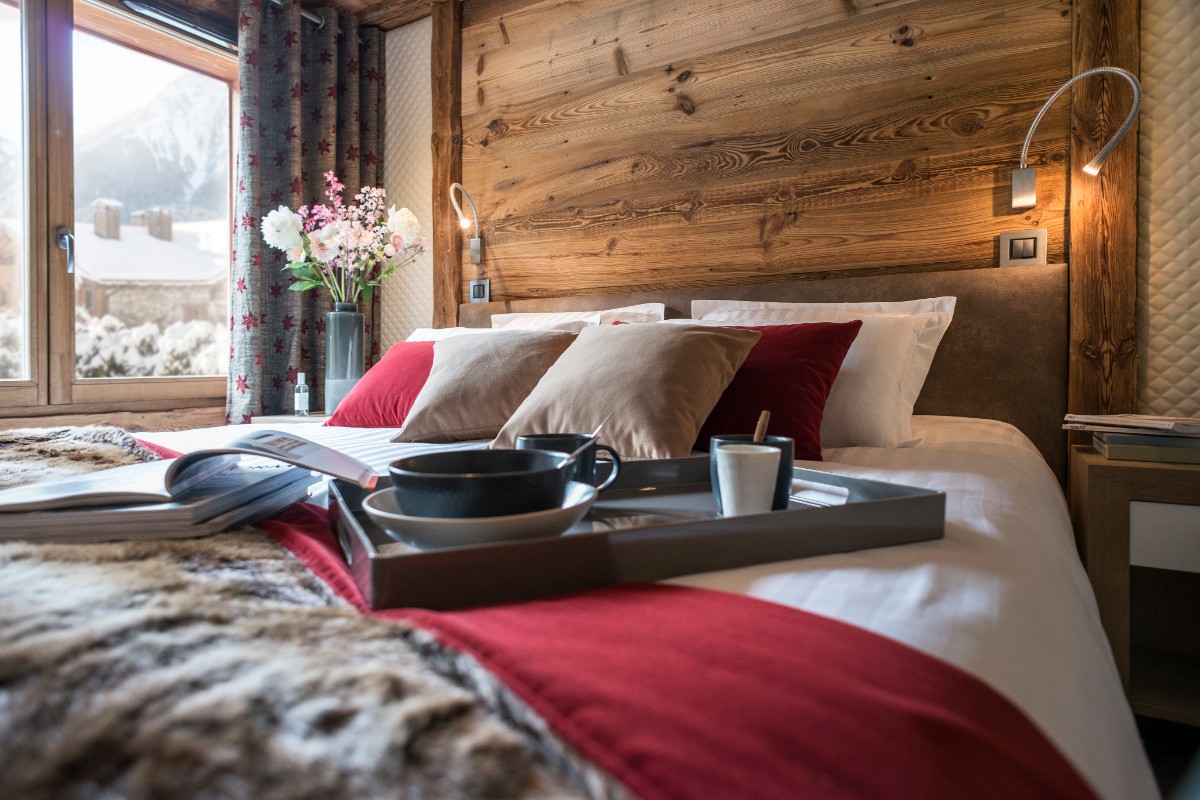 The recently built apartments at Le Cristal de Jade are also featured in our Premium range of properties. The residence is perfectly located next to the Aiguille du Midi cable car and just 200m from the centre of Chamonix.

Tignes Val Claret is one of several villages in the resort of Tignes, located in the Tarentaise area of the Alps

Sitting at 2300m, Tignes Val Claret is the highest of all the Tignes resort villages. As a whole, Tignes offers visitors an abundance of piste with 300km to explore, as well as plenty of other activities and experiences to enjoy. Being one of the more lively areas of the resort, Val Claret is also home to a Michelin recognised restaurant.

Chef Clément Bouvier has transformed what once was La Table de la Montagne into the mystical and intimate dining space, now called Ursus. Wanting to capture the essence of his foraging walks in the woodlands, Bouvier designed the interior of Ursus like a forest - with 380 trees to be exact!

"I love going for a walk in the forest to pick my own food. It is also during one walk that I came to this little crazy idea… Sharing this pleasure with others. And since I could not bring everyone with me during my walks, I decided to bring the forest back to them! It is this concept that gave me the idea of URSUS as the name of the restaurant! Indeed, URSUS refers to the last breed of brown bear in Savoy, the Ursus Arctos." Clément Bouvier. 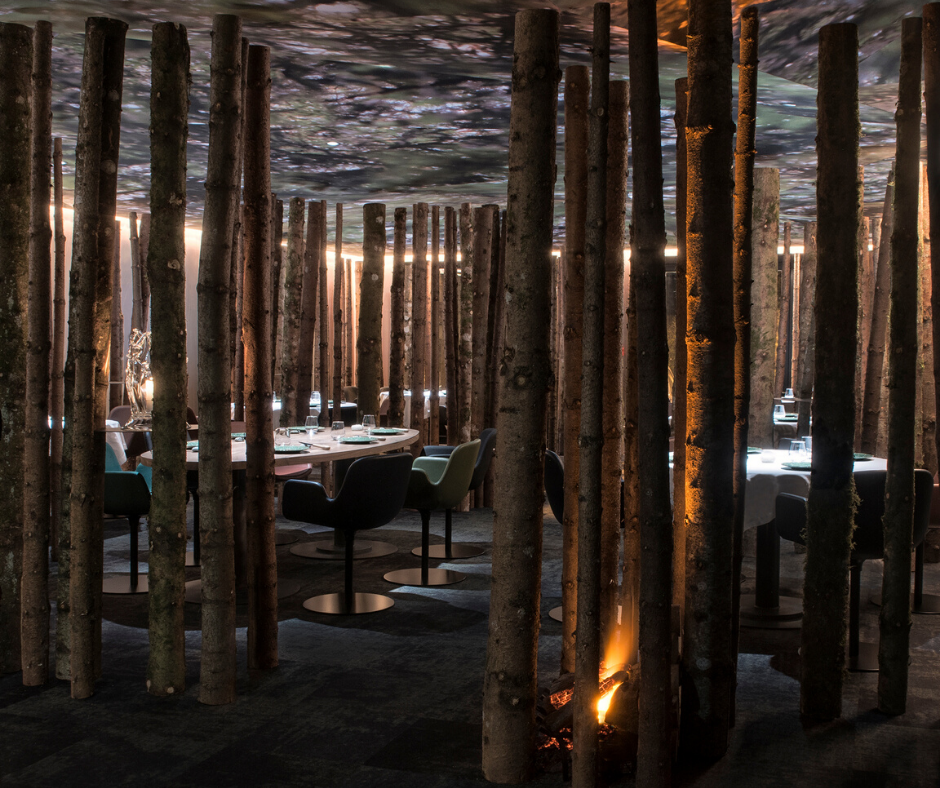 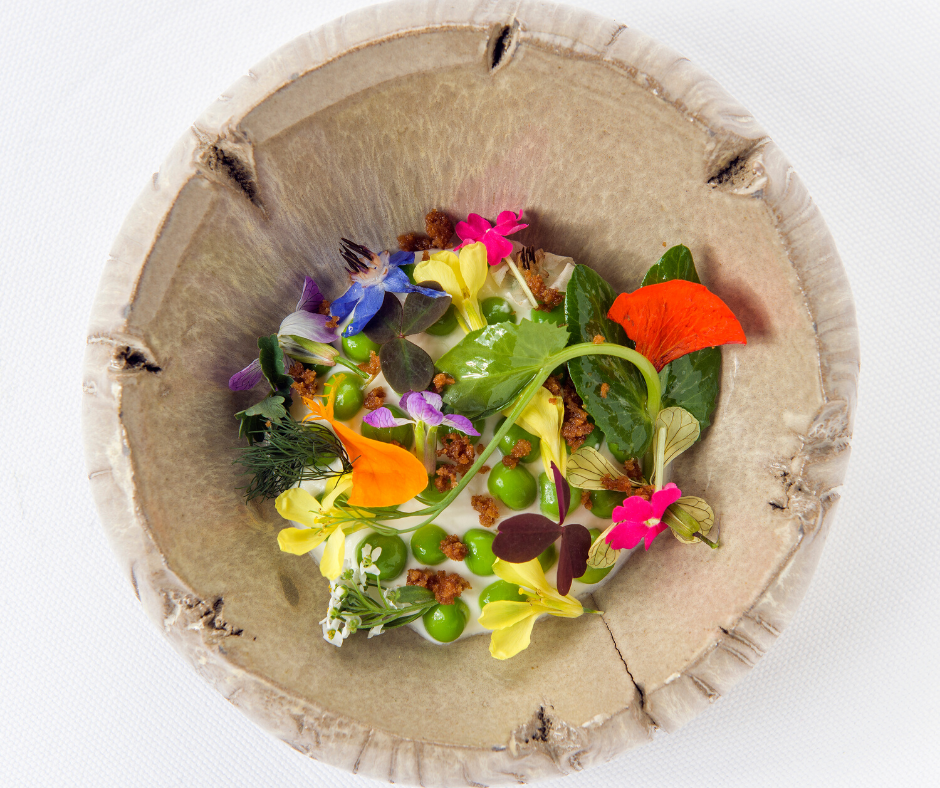 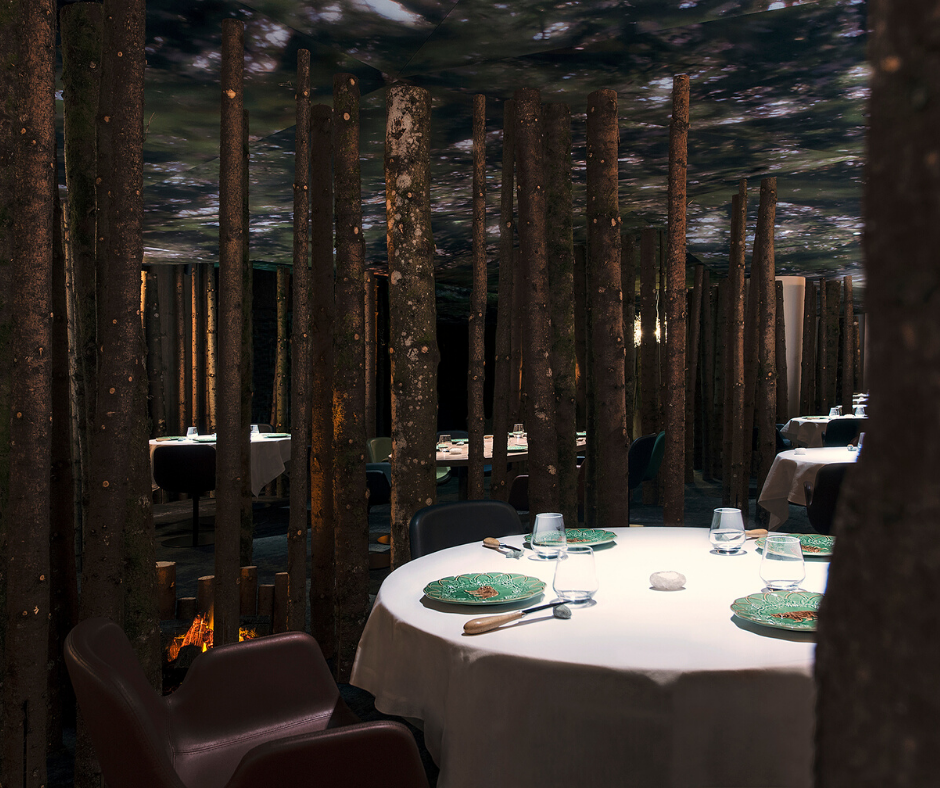 The 1-star restaurant has only 12 tables, which ensures a truly unique gastronomic experience in the French Alps. Bouvier has focused the menu on seasonal and local produce, with 80% of the ingredients they use sourced from the local region (département). There's also a distinct consideration for sustainability at Ursus, which has recently resulted in a Michelin green star as recognition for Bouvier's ecological efforts. 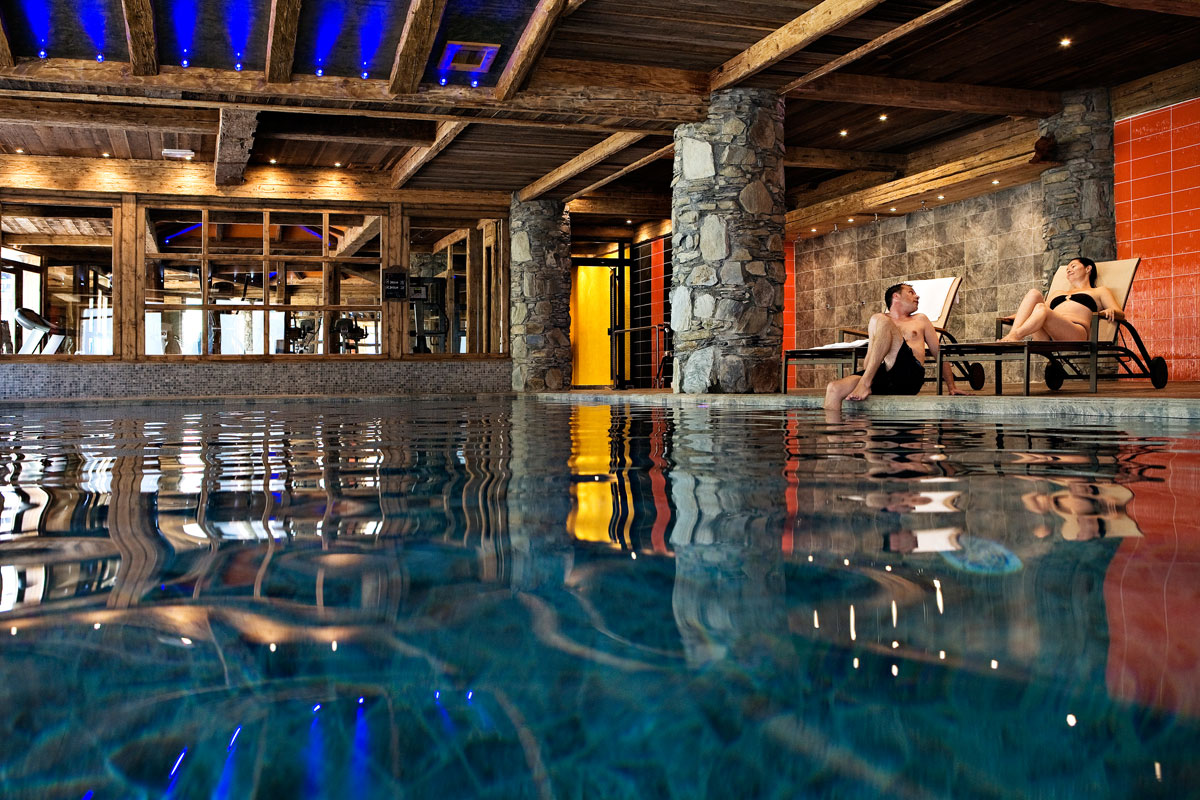 Our Directors' Choice self-catered apartments at the 4-star Le Nevada residence is found in the heart of Val Claret and just 150m from the ski slopes. The property is also only 300m from the après ski and shopping areas.

Feeling inspired and ready to book your next ski holiday? You can book online or call us on 023 9289 0960 to speak to one of our award-winning team. If you're not sure where to go or would like some advice on which resorts would suit your group, give us a call and we will be able to help! Don't forget to sign up to our newsletter to get all the latest ski news and deals!