The Inside Track: Spring skiing in Montgenèvre

Lyndsey headed to Montgenèvre in March with a group of 17 friends, including Yulia from our team, and family. Here's her insider secrets… 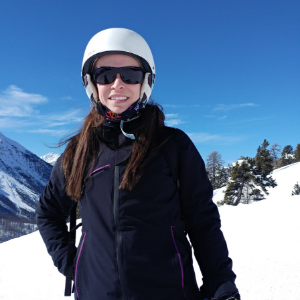 We headed to Montgenèvre and decided to fly. We flew from Gatwick to Turin with BA, and then organised a transfer to take us to resort. The transfer company (organised via Ski Collection, of course) was really good – professional, friendly and comfortable. It was a seamless journey even though we had three under-fives with us!

Insider Tip: Buy water and snacks at the airport (in departures UK side, as it’s cheaper) so you have something on hand for the transfer. I also recommend you pack a travel pillow!

Montgenèvre is located on the French/Italian border and has been a favourite destination for mountain-lovers since the 19th century. It offers snowsure conditions despite its sunny position. The resort sits at a pretty impressive 1860m with a resort top height of 2650m. I loved Montgenèvre. The resort really is so convenient; we found everything we needed close by. It’s also flat which was an added bonus having the children with us. The Sherpa mini-market has everything you’ll need. The one near Dolines even has a takeaway rotisserie!

I loved sitting on mountain restaurant terraces and enjoying the sun and the view! If you buy champagne they put on music and bring out sparklers, much to the delight of our party! The best place for après ski was Graal – great atmosphere. I also learned how nice bombardinos are at 10am – at a small piste side café on the run down into Italy.

We stayed in Le Napoleon, a 4-star luxury residence in the heart of Montgenèvre village. It is ideally located opposite the ski slopes and the huge "front de neige" and only 100m from the ESF ski school. Everything is right on your doorstep. The reception area is lovely – we took our drinks there and enjoyed sitting by the fire while the kids played with the toys in the play area. It’s nice to see the reception/lobby areas being so well utilised. Also, the staff were amazingly; friendly and laid back. I would happily stay in Le Napoleon again.

Insider Tip: Right opposite Le Napoleon is a brilliant and safe sledging area. Take the kids there, they will love it!

If you are taking the children to Montgenèvre, make sure you visit the Monty Express luge, we had great fun - especially the 'big' kids in our party! It runs for 1400 metres and is accessed via the Chalvet cable car, which is behind the Tourist Office.

The skiing in Montgenèvre is fab. We had a brilliant time on the slopes. The resort is well connected but the lifts are a little on the slow side compared to some resorts. My favourite runs were around the Vallon des Baisses area and I loved skiing over to Italy – it’s the first time I have skied internationally! Plan your route before you go. The ski area feels nice and compact, in a good way, so you don’t feel too far away at any point. Watch out for the piste map though, it’s not the best!

Insider Tip: If you’re skiing later in the season, head up to Les Gondrans at 2455m. It’s north facing and there are some brilliant challenging runs that are parallel to each other.

If you have any questions about Montgenèvre or anything you have read here, give our Alpine Experts a call on 023 9289 0960.

Where to next?
Explore Montgenèvre | Explore Oisans | Browse Latest Deals